An in-depth investigation into the death of late-Soul legend James Brown‘s death was published on Tuesday by CNN journalist, Thomas Lake.

The three-part report alleges that both the I Feel Good singer and his third wife Adrienne Brown, may have been murdered. Their deaths were 10 years apart, however, research has led many to believe that foul play was a factor in both cases.

A surprise phone call from a 63-year-old circus singer by the name of Jacquelyn Hollander call inspired the investigation. She phoned Lake claiming she was once close to Brown and his ex-wife. She revealed she has been studying his death since it happened.

Hollander claimed she “could prove that James Brown had been murdered” and that if Lake agreed to investigate and report the mystery of his death, then it would apparently “save her life.”

She remains under the impression that there was and possibly still is a circle of suspects related to not only Brown’s death, but a number of those close to him.

Brown died at the age of 73 on Christmas Day, 2006. He had a heart attack as a result of congestive heart failure. The singer was battling pneumonia. Upon further investigation, fluids were found in his lungs.

After he started to show signs of improvement in his health, Brown’s sudden death sparked suspicion in his doctor. Despite his request for an autopsy, one was never performed.

The unidentified doctor admitted he “doubted Brown had died of natural causes,” but instead “suspected died of an overdose, accidental or otherwise.”

The report revealed that at least 11 people close to Brown — at one point or another — believe a further investigation should have been launched into the singer’s death and that it was suspicious that an autopsy was not performed.

Many of these individuals — who were also under the impression Brown was murdered — unfortunately, passed before CNN’s in-depth report was published.

Some even died during the investigation.

Hollander’s in-depth research vividly suggests that those who make ill-willed comments about or question Brown’s death also end up dying.

The first of Brown’s three estranged daughters, LaRhonda Pettit was one of those with this shared opinion. She reportedly died last year. One of Brown’s sons-in-law, Darren Lumar, was also tragically shot to death.

This bizarre string of deaths seemingly made Lake’s job a very difficult one indeed; not being able to provide enough evidence from those close to Brown would not warrant an official investigation by the authorities.

These deaths strangely backed up Hollander’s theory that those who speak wrongly about Brown or his death, end up dying.

READ MORE: Linda Ronstadt opens up about loss of her voice, Parkinson’s diagnosis

Hollander told Lake that she was a close friend of Brown’s ex-wife. She claimed that “there’s no doubt was murdered.”

Her official cause of death was the result of an accidental painkiller overdose in 1996 after a plastic surgery operation. Hollander believes she was poisoned.

Tomi Rae Hynie — Brown’s fourth and final wife before his death — claimed that Brown always believed his ex-wife was murdered.

Towards the end of their marriage, the Adrienne Brown accused the singer of many counts of physical and sexual abuse.

After she appeared at a local hospital with marks and bruises all over her body, Brown was arrested and charged with assault, as well as intent to murder

The detailed investigation suggests that there were and possibly still are a circle of suspects related to Brown’s death and those close to him. CNN cited thousands of police reports and court records in their copy. 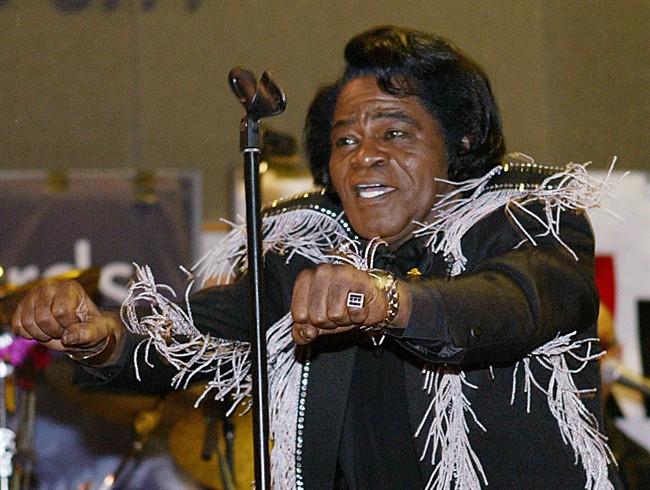 Lake conducted close to 140 interviews to produce the three-part exposé.

Although the findings are strictly comprised of suspicions and allegations, many are convinced Hollander’s convincing yet hypothetical theory is authentic after making their own shocking revelations.

The James Brown estate has not yet commented on the matter, however, their accountant has apparently placed Lake on a “trespass notice.”

As of this writing, a further investigation has not been launched into Brown’s or his ex-wife’s death.